Editor: Geert Lernout
No other modernist writer in English has attracted more or broader international attention than James Joyce. Translations, adaptations, and imitations as well as works of criticism are being published in increasing numbers and frequency, and show a proliferating diversity of approaches and perspectives on the work, life, and influence of Joyce.
In view of the internationalism of Joyce studies, and the current dissemination of literary-critical pluralism, this peer-reviewed series hopes to offer a platform for specifically "European" perspectives on Joyce's works, their adaptations, annotation, and translation, studies in biography, the history of and current debates in Joyce criticism, Joyce's place in literary history, matters of influence and the transmission of ideas etc.
In calling this series "European" in the broadest sense, we aim at soliciting not only the submission of articles by European contributors, but more generally all essays and research focusing on issues of European concern such as language, nationality and culture, literary-historical movements, ideology, politics, and distribution, as well as literary-critical perspectives with European roots. 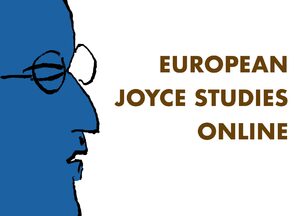 Founded by Christine van Boheemen-Saaf, in association with Fritz Senn