Editors: Frank Grunert, Knud Haakonssen, and Louis Pahlow
Natural law changed its character in the post-Reformation period, mainly because it became an academic discipline. This institutionalisation happened first in Protestant countries but increasingly also in Catholic areas. In the hands of philosophers and jurists rather than theologians the subject served a wide variety of purposes in domestic, colonial, imperial and international politics, in judicial administration, legislation and reform, in social analysis and in the inculcation of social ethics. Although concerned with the foundations of morality, law and politics, early modern natural law was far from a coherent philosophical theory, but rather the framework for fundamental disputes. What kind of natural law was adopted in a given place and period was often a matter of local controversy in state, church and university. At the same time, natural law was characterised by extensive transnational networks.

Authors are cordially invited to submit proposals and/or full manuscripts to either the series editors or the Publisher at Brill, Wendel Scholma. 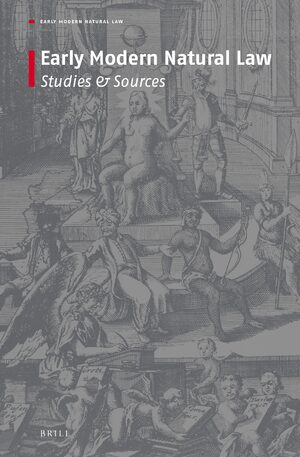