Free Ebrei (Free Jews) is an interdisciplinary peer-reviewed academic yearbook devoted to the study and the comprehension of Jewish identity through a historical, literary, political, economical, artistic and human perspective. It particularly focuses on contemporary age, even if deeper roots of long-term philosophical and political problems will be taken into account. The mission of the yearbook is to spread and defend the idea of freedom of expression above any political and historical contingency. Free Ebrei is dedicated to the promotion of Jewish contemporary identity through the publication of reviews, articles, interviews and documents. Free Ebrei is a yearbook open to the collaboration of all those (scholars and independent researchers) who recognize themselves in the need to defend and assert the freedom of expression in a thorny and politically incorrect issue. At the centre of its attention there are human beings in their irreducible complexity.

Every issue will be constructed along a leitmotiv, even if the yearbook also accepts contributions on its themes.

Free Ebrei is intended to deepen the key aspects of Jewish contemporary identity and can grasp the attention of scholars, students and libraries all over the world who are interested in politics, literature and culture. The authors of our yearbook will be young and junior scholars who are going to begin an academic, publicist, or teaching career. A key role will be played by the senior researchers. 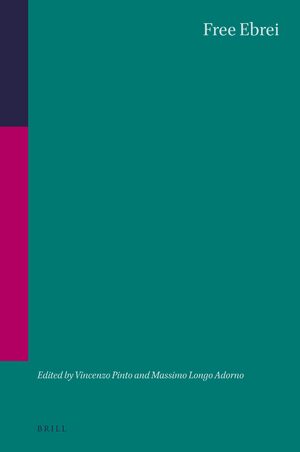