The electronic version of the Foro Hispánico series.

Foro Hispánico is a peer-reviewed book series devoted to the study of Spanish and Spanish-American culture(s) in the global world. The series offers a forum for internationally focused research that analyses how cultural and literary practices both shape, and themselves are shaped by, global challenges in the Spanish speaking world. 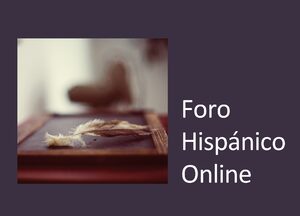 Contact sales
“Foro Hispánico, published by Brill, is a peer-reviewed book series known for its highly selective publication record and for promoting books on Spanish and Hispanic American literature and culture with special emphasis on the cross-cultural nature of the Hispanic world. Fully digitized since 2007 and now in the process of digitizing titles published before that date, the series has published one of the earliest critical studies of Asia and Asians in Spanish literature, colonialism in Latin America, and literature and society in Muslim Spain, to name only a few of its outstanding titles. The series also boasts a major collection of critical studies on Javier Marías, the Spanish novelist most frequently nominated for the Nobel Prize in literature in recent years.”
- Dianna Niebylski, University of Illinois at Chicago, USA

“From the early 1990s, Foro Hispánico has been a pioneering forum of European Hispanism. Its monographic issues on the nueva novela histórica, Chicano literature, literary journalism, and range of linguistic topics continue to hold tremendous value today for any student or scholar interested in Spanish and Latin American language and literature.”
- Sebastiaan Faber, Oberlin College, USA, author of Exhuming Franco: Spain's Second Transition (2021)