The History of Christian-Muslim Relations

Series Editor: Jon Hoover
Christians and Muslims have been involved in exchanges over matters of faith and morality since the founding of Islam. Attitudes between the faiths today are deeply coloured by the legacy of past encounters, and often preserve centuries-old negative views.
The History of Christian-Muslim Relations, Texts and Studies presents the surviving record of past encounters in a variety of forms: authoritative, text editions and annotated translations, studies of authors and their works and collections of essays on particular themes and historical periods. It illustrates the development in mutual perceptions as these are contained in surviving Christian and Muslim writings, and makes available the arguments and rhetorical strategies that, for good or for ill, have left their mark on attitudes today. The series casts light on a history marked by intellectual creativity and occasional breakthroughs in communication, although, on the whole beset by misunderstanding and misrepresentation. By making this history better known, the series seeks to contribute to improved recognition between Christians and Muslims in the future.
A number of volumes of the History of Christian-Muslim Relations series are published within the subseries Christian-Muslim Relations. A Bibliographical History. 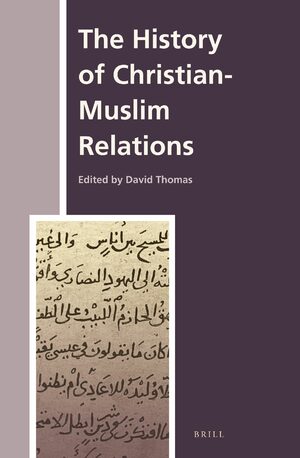