Editor: Cristiano Casalini
This series addresses the understanding of the Early Modern Period (broadly defined) vis-à-vis educational thought. The writings of prominent intellectuals regarding issues of educational theory, addressed to princes, kings, popes and emperors throughout this period, were highly influential. They exerted significant influence on educational institutions and practices over the centuries, and they are highly revealing of shifts in values, anthropology, methodology, the natural sciences, and culture. Such shifts have shaped our “modern” vision of the world. Few of these writings have received appropriate attention, and, more importantly, adequate consideration given the period's complexity.
Therefore, the series will include studies on historical accounts of how educational institutions should function in theory, rather than those which focus primarily on how educational institutions functioned in practice. The result will amount a novel library of commented editions and English translations of the milestones of early modern educational theory as well as broad surveys tracing the development of educational thought in Europe and wherever these ideas were influential. 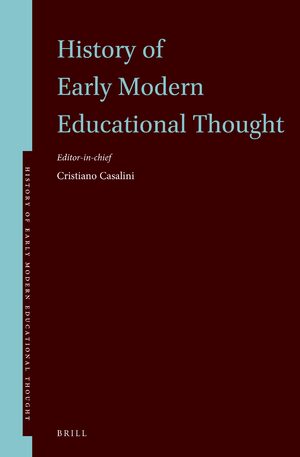