Editors: Massimiliano Badino, Alexander Blum, and Jürgen Renn
The nineteenth century has witnessed the unprecedented development of classical physics, the multifarious use of physics and chemistry in industry, the rise of evolutionary theories in biology and geology, and a number of groundbreaking developments. Though most of these trends continued into the twentieth century, the theories of relativity and quantum mechanics transformed radically the classical view of physics and research in the life sciences revealed a number of astonishing results. Furthermore, during the second half of the twentieth century, “Big Science” has come to characterize the dramatic institutional metamorphoses of science. Historians and sociologists of science, in ever increasing numbers, have been offering many new and insightful accounts into the sciences of these two centuries while at the same time, a number of historical and historiographic issues have been the subject of lively discussions among them. Aiming at contributing to this growing scholarly interest, Brill Publishers have decided to start a peer-reviewed series in the History of Modern Science with emphasis in the nineteenth and twentieth centuries.

History of Modern Science was initially published as a subseries of History of Science and Medicine Library; 1 volume appeared as part of that subseries. 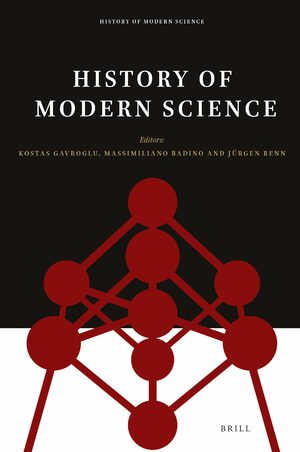