Studies and Texts in the Late Medieval and Early Modern Periods

Editors: Judith Pfeiffer, Shahzad Bashir, and Heidrun Eichner
Islamicate Intellectual History is a peer-reviewed book series that includes monographs, collective volumes, critical editions, and annotated translations of texts pertaining to the 13th to 18th centuries, with a special focus on Islamicate intellectual history, including philosophy, theology, Sufism, the whole range of the so-called occult sciences, the theory of medicine, political thought, legal theory, and adjacent areas. Its aim is to provide a dedicated publication venue for these fields, and to encourage and promote the study of the intellectual history of this period in its social and political context. The series is open to works on the history of Islamic ideas in any part of the world.
Through its chronological focus on the later middle and early modern periods, the series aims at closing the gap between the much more extensively studied history of thought of early Islam on the one hand and that of the modern period on the other, opening up a crucial period to our view.
Recent cutting-edge research has demonstrated that the intellectual history of the later middle and early modern periods deserves to be studied in its own right, as it was marked by the protracted efforts of Muslim thinkers at a re-definition of the very core of Islam in the face of fundamentally changed socio-political realities from the aftermath of the Mongol conquests down to the formation of the early modern regional states of the Ottomans, Safavids and Mughals.
This series draws attention to and provides a publishing platform for the growing number of studies in the field (monographs, biographies, and collected volumes, including conference proceedings), and promotes the study of this period through the publication of primary sources that are otherwise difficult to access both in critical editions and through annotated translations.

If you are interested in submitting book proposals for this series, please contact:
Abdurraouf Oueslati
Acquisitions Editor
oueslati@brill.com

This series publishes an average of one volume per year. 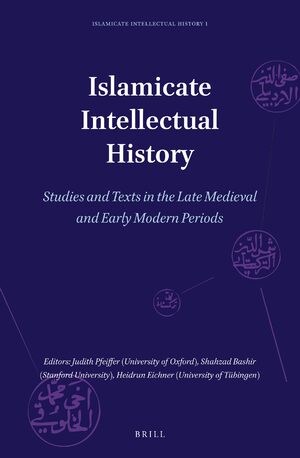