The Intimate and the Public in Asian and Global Perspectives

Series Editor: Emiko Ochiai
Since the 1970s, the world has been facing fundamental social change at both the macro-level, such as the impact of globalization and the restructuring of the welfare state, and at the micro-level with issues relating to family and individual lives. It is increasingly accepted that the type of welfare regime heavily influences people’s decision to marry or to have children as well as the relationship between genders. Likewise, the transnational migration of care-workers impacts on the way of life and quality of life of the elderly in the growing number of aged societies around the world as well as on the workers’ own families back in their home countries.

This series linking family research, social policy and migration studies, sets out to shed light at many levels and in a wide variety of contexts on this key twenty-first century issue that could be termed a “reconstruction of the intimate and the public” from an interdisciplinary and global perspective. There is a special focus on Asia where dynamic social changes are resulting in unsustainable societies with extremely low fertility; yet it is such countries that are witnessing the rise in marriage migration to fill the gender gap caused by a skewed sex ratio at birth. Also addressed are issues arising from the alleged convergence of European welfare retrenchment on the one hand, and on the other, the Asian struggle to establish basic welfare state structures at a time of state budget cuts thereby posing the fundamental question regarding the nature of sustainable welfare provision. 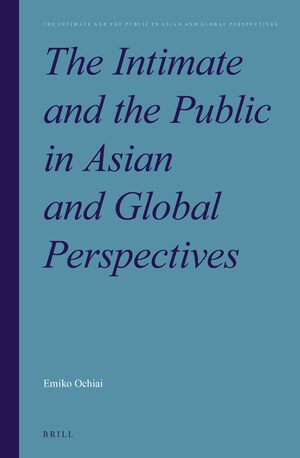