Series Editors: Ana Valdez and Ricardo Muñoz Solla
The Iberian Religious World is a peer-reviewed series which publishes academic works that deal with the different types of religiosity found in the Iberian world. The space of the ‘Iberian world’ is one that changes according to time. If until the end of the fourteenth century it was limited to the space of the Iberian Peninsula, the beginning of the maritime discoveries in the fifteenth century gave it an almost world-size dimension, gradually lost from the eighteenth century onwards. The series will encompass works on Judaism, Christianity, Islam, and also African, Asian and American religions and cults met by, among others, Portuguese and Spaniards during their oversea enterprises. Furthermore, volumes in the series deal with forms of religiosity, cultural relationships with religious minorities, and acculturation processes within the space of the Iberian Peninsula from antiquity to our days. Through monographs, edited volumes, and critical editions of primary sources, the series addresses subjects such as history, theology, art history, literature, philology, music, and other academic fields, whenever the main focus of research is on religion. 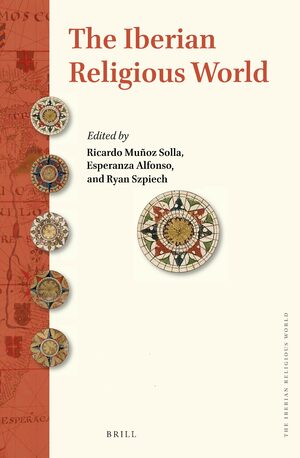 Contact sales
Ana Valdez is a Principal Investigator at the Centre for History of the University of Lisboa, where she coordinates the research project "Mapping Endings, Visualizing New Beginnings: Apocalyptic Expectations and Religious Tolerance and Toleration in the Early Modern Portuguese Atlantic World" (CEECIND/00139/2017). In the past, she was an academic visitor at the University of Oxford, an Assistant Researcher at CIDEHUS, and a postdoctoral fellow at Yale University. She has taught at Brown University, Columbia University, Yale University, the University of Massachusetts Lowell, and now at the University of Lisboa. Her current research explores the circulation of eschatological expectations and the so-called "religious terrorism" of the 21st century. She has published widely on apocalyptic literature and imperial ideology in the Iberian world, and in particular, on the opus magnum of the Portuguese Jesuit António Vieira – Clavis prophetarum. Her publications include Historical Interpretations of the "Fifth Empire": The Dynamics of Periodization from Daniel to António Vieira, SJ (Brill, 2011). Together with Bert Jan L. Peerbolte (VU), she is the editor of a new peer-reviewed series edited by Peeters titled Apocalyptic Eschatology in Context. Valdez co-chairs the annual seminars Bible and Empire (iSBL) and Apocalypse Now (SBL).

Ricardo Muñoz Solla is an associate professor in the Hebrew and Aramaic Department at the Faculty of Philology at Salamanca University. He lectures on Hebrew Grammar and History of Sephardic Jewry. His main areas of research are the social, material and intellectual history of Jews in late medieval Spain and converso identities in the early modern period. His current research focuses on Sephardic onomasticon and on the reception of the Bible in the Iberian World. He has published several articles on the Jewish and converso backgrounds of Castilian Jewry and a book on the Crypto-Jewish community of Berlanga de Duero (Fontes Iudaeorum Regni Castellae IX, Salamanca 2009). He has collaborated in collective works, such as the Diccionario Biográfico de la Real Academia de la Historia (2010) and the Dizionario storico dell’Inquisizione (2009).