Jerusalem Studies in Religion and Culture

Editors: Anthony Grafton, David Shulman, and Guy Stroumsa
The Jerusalem Studies in Religion and Culture series publishes scholarly monographs and collections of essays on a broad spectrum of topics with particular emphasis on religious and cultural contacts, transformations, and interchange. Jerusalem is not only a pivotal city in the religious history of humankind but also a living laboratory where traditions from East and West meet, clash, and interact. Jerusalem is also a centre for the comparative study of religious and cultural traditions and for historical and philological scholarship centered on the great civilizations. This series publishes original research carried out in Israel and elsewhere; it reflects a natural link to the Abrahamic religions but also to the wider cultural horizons of Iran, India, China, Africa, and beyond as well as to anthropological studies of ritual and society. 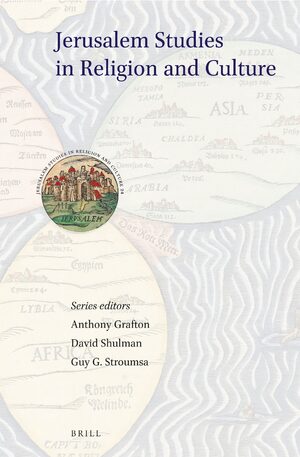