Editor: Stanley E. Porter
This series, Linguistic Biblical Studies, is dedicated to the development and promotion of linguistically informed study of the Bible in its original languages. Biblical studies has greatly benefited from modern theoretical and applied linguistics, but stands poised to benefit from further integration of the two fields of study. Most linguistics has studied contemporary languages, and attempts to apply linguistic methods to study of ancient languages requires systematic re-assessment of their approaches. This series is designed to address such challenges, by providing a venue for linguistically based analysis of the languages of the Bible. As a result, monograph-length studies and collections of essays in the major areas of linguistics, such as syntax, semantics, pragmatics, discourse analysis and text linguistics, corpus linguistics, cognitive linguistics, comparative linguistics, and the like, will be encouraged, and any theoretical linguistic approach will be considered, both formal and functional. Primary consideration is given to the Greek of the New and Old Testaments and of other relevant ancient authors, but studies in Hebrew, Coptic, and other related languages will be entertained as appropriate. 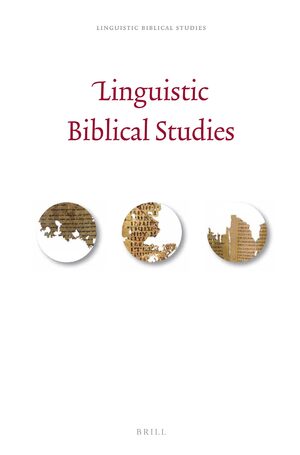