Series Editor: Leonard J. Waks
The aim of the Leaders in Educational Studies series is to document the rise of scholarship and university teaching in educational studies in the years after 1960. This half-century has been a period of astonishing growth and accomplishment. The volumes in the series document this development of educational studies as seen through the eyes of its leading practitioners.
A few words about the build up to this period are in order. Before the mid-twentieth century school teaching, especially at the primary level, was as much a trade as a profession. School teachers were trained primarily in normal schools or teachers colleges, only rarely in universities. But in the 1940s American normal schools were converted into teachers colleges, and in the 1960s these were converted into state universities. At the same time school teaching was being transformed into an all-graduate profession in both the United Kingdom and Canada. For the first time, school teachers required a proper university education.
Something had to be done, then, about what was widely regarded as the deplorable state of educational scholarship. James Conant, in his final years as president at Harvard in the early 1950s, envisioned a new kind of university-based school of education, drawing scholars from mainstream academic disciplines such as history, sociology psychology and philosophy, to teach prospective teachers, conduct educational research, and train future educational scholars. One of the first two professors hired to fulfil this vision was Israel Scheffler, a young philosopher of science and language who had earned a Ph.D. in philosophy at the University of Pennsylvania. Scheffler joined Harvard’s education faculty in 1952. The other was Bernard Bailyn, who joined the Harvard faculty in 1953 after earning his Ph.D. there, and who re-energized the study of American educational history with the publication of Education in the Forming of American Society: Needs and Opportunities for Study (University of North Carolina Press, 1960). The series has been exceptionally fortunate that Scheffler provided a foreword to the volume on philosophy of education, and that Bernard Bailyn provided a foreword for the volume on the history of American education. It is equally fortunate that subsequent volumes have also contained forewords by similarly eminent scholars, including James Banks of the University of Washington, who has been a creative force in social education for decades and the prime mover in the field of multi-cultural education.
The Leaders in Educational Studies series continues to document the growing and changing literature in educational studies. Studies conducted within the established academic disciplines of history, philosophy, and sociology comprised the dominant trend throughout the 1960s and 1970s. By the 1980s educational studies diversified considerably, in terms of both new sub-disciplines within these established disciplines and new interdisciplinary and trans-disciplinary fields.
Curriculum studies, both in general and in the particular school subject matter fields, drew extensively from work in philosophy, history and sociology of education. Work in these disciplines, and also in anthropology and cultural studies among others, also stimulated new perspectives on race, class and gender.
This volume, like previous volumes in the series, brings together personal essays by established leaders in a major field of educational studies. Subsequent volumes in the series will continue to document other established and emerging disciplines, sub-disciplines and inter-disciplines in educational scholarship. 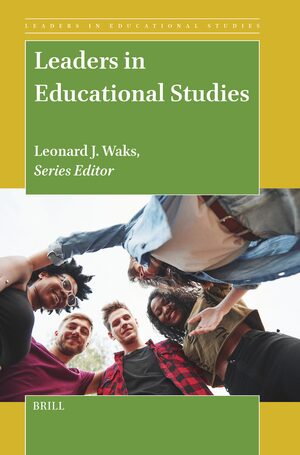