Editors: Axel Schneider and Susanne Weigelin-Schwiedrzik
At the beginning of the 21st century, history as a topic of intellectual discourse has regained its central position. But the discussion of the past is no longer merely a discussion of what happened when; it is more and more a reflection on how we live with our respective pasts, how we conceptualize the past and how we give meaning to it. That is why comparative research on historiography and historical thought has become a major concern of the community of professional historians as well as of the interested public, and this is what the volumes of this cutting-edge new series deal with. 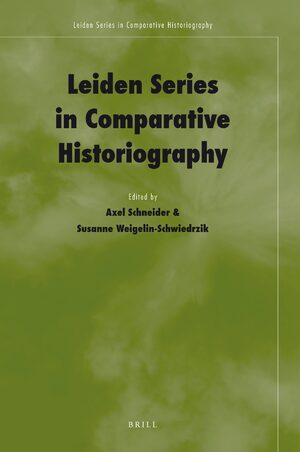 Contact sales
Axel Schneider, since August 2009 Professor of Modern Sinology at Göttingen University and Director of the Centre for Modern East Asian Studies, has been trained in Germany (Bochum and Heidelberg) and Taiwan (NCCU) in Sinology, Political Science and History. From 1989 till 2000 he worked as assistant professor at the University of Heidelberg. In 2000 he was appointed Professor of Modern China Studies at Leiden University, in 2009 he moved to Göttingen. His research interests include modern Chinese history, intellectual history, and the history of Chinese historiography.
Susanne Weigelin-Schwiedrzik, Ph.D. Ruhr-University (1983), is Professor of Sinology at the Department for East Asian Studies of the University of Vienna, Austria and Dean of the Faculty for Philological and Cultural Studies, University of Vienna (2010-2012). She was also elected Vice-President for Research of the University of Vienna (2011-2015). Her main research areas include modern and contemporary Chinese history and historiography; governance in the PRC, especially health care in the Chinese countryside and environmental protection; East Asia in the 19th and 20th centuries; memory of the Cultural Revolution and the Great Famine; Chinese international migration.