Editors: Hannah Baader, Michele Bacci and Gerhard Wolf
Mediterranean Art Histories (MAH) offers a platform in the emerging field of Mediterranean studies which enhances the dialogue between Byzantine, Islamic, Jewish and Western art history and archaeology. In contrast to the claim for a global art history based on comparative models, the study of the Mediterranean iconosphere is primarily concerned with the connectivity of cultures, seen in a permanent process of transformation. By focusing on networks and liquid spaces, the series understands the Mediterranean as a model and test case for trans-regional research, transcending geographical boundaries. Among the topics which could be addressed by MAH are multi-ethnic and multi-religious hubs; the migration of people and artifacts, the role of collecting, uses of spolia and attitudes towards the past; the construction of centers; the visual transmission and construction of knowledge. MAH is particularly interested in studies which investigate the historical dynamics of contact zones (harbor cities; shared and contested religious topographies etc.); all forms of artistic exchange and interaction within the Mediterranean as well as with other areas; the formation and transformation of aesthetic languages; the dynamics of ornaments and the concepts of images; the agency of artifacts in religious, political, social and economic contexts. The series wishes to include works which investigate the historical conceptualization of the Mediterranean space (for example in cartography) and of the distinction of nature and culture. And finally, MAH welcomes monographs and collective works which address methodological and historiographical concerns which could also regard the musealization of the Mediterranean. 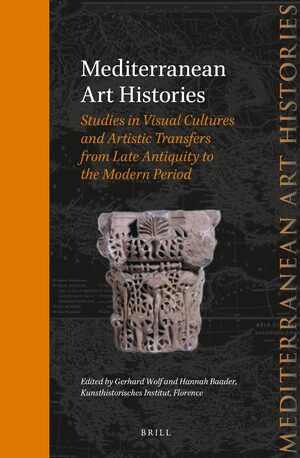