Mass Culture and Entertainment in Russia

The impressive series Mass Culture & Entertainment in Russia comprises collections of extremely rare, and often unique, materials that offer a stunning insight into the dynamics of cultural and daily life in imperial and Soviet Russia. The series is organized along six thematic lines that together cover the full spectrum of nineteenth- and twentieth-century Russian culture, ranging from the penny press and high-brow art journals in pre-Revolutionary Russia, to children’s magazines and publications on constructivist design in the early Soviet Union.

The materials brought together in this series are essential to Slavists and historians, but should be equally appealing to political scientists, art historians, and sociologists who no longer view mass culture as the arrière-garde of cultural evolution, but as a highly complex phenomenon that deserves to be studied in its own right.

The entire series will be made available on Brill Online Primary Sources. 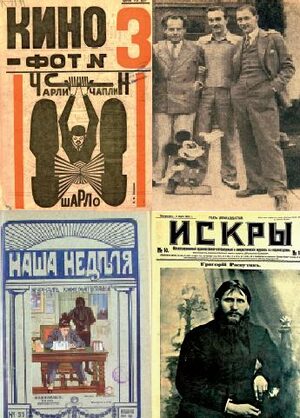