Editors: Larry Simon, Gerard Wiegers, Isidro Rivera, Mercedes García-Arenal, Montserrat Piera, and Sabine Panzram
This peer-reviewed book series is a successor to Brill's Medieval Iberian Peninsula series which sought to provide a forum for the publication of high-quality scholarly work--original monographs, article collections, editions of texts or documents, translations--on the peoples and cultures of medieval Christian, Jewish, and Islamic Iberia. While maintaining these previous interests, the new series expands chronologically to include studies of late Roman and Visigothic Iberia and especially studies of early modern Iberia and the Iberian World (1500-1800), including colonial experiences in the Americas, Africa, and Asia. The series publishes works covering the full linguistic and literary diversity of Iberian history, including the Arabic, Castilian, Catalan, Hebrew, Latin, and Portuguese traditions. It welcomes studies employing diverse forms of analysis and from all scholarly disciplines, including anthropology, archaeology and numismatics, art history, history (cultural, social, and economic as well as institutional, political, and intellectual), linguistics, literature, music, philosophy, and religious studies.

For authors
Manuscripts (preferably in English) should be 80,000 to 200,000 words in length and may include illustrations. The editors would be interested to receive proposals for specialist monographs and syntheses, but also multi-authored contributions such as conference proceedings, and thematic issues, and source translations and edited texts. A prime aim of the series is to bring forward high-caliber studies from the Catalan-, Spanish- and Portuguese-speaking worlds and to make them accessible to the English-reading world. 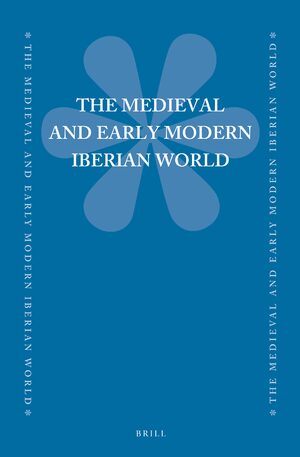 
The series is aimed at readers with interests in late antiquity, the Middle Ages (the Mediterranean, North Africa, Judaism, the Muslim World and Iberia), the history of European expansion, and the colonial Americas. The series publishes monographs, edited volumes of essays, and source translations and edited texts.