Studies in Mathematics in the Arts and Humanities

Series Editor: Marcel Danesi
In an age of numbers, intellectual and aesthetic partnerships between mathematicians and the contemporary arts, humanities, and entertainment worlds have become virtually routine. Movies, television shows, and websites built around, or involving, mathematics are now commonplace. Studies in Mathematics in the Arts and Humanities (MIAH) deals with all aspects of this partnership. The monographs and edited volumes of this book series explore all aspects of mathematics outside of mathematics itself, that is, as a cultural, aesthetic, and representational phenomenon. Each work examines some particular aspect, text, or event that falls under this rubric, from mathematics in natural phenomena (e.g., the Fibonacci Series), to math in myth and mysticism (e.g., the ancient Egyptian god Horus), in the arts (e.g., the golden ratio), and in pop fiction (e.g., movies, novels). The series presents mathematics as a cultural phenomenon, rather than as an abstract technical field.

Studies in Mathematics in the Arts and Humanities also explores such areas as the role of mathematics in new forms of art, such as digital art, and websites that present interesting facts about the interconnection between math and everyday life. These are discussed in terms of critical and genre theories that apply to any textual creation. The series is thus of interest to scholars and instructors involved in interdisciplinary work in which mathematics surfaces as an ancillary or thematic focus, including culture studies, literary criticism, anthropology, musicology, and art criticism. Furthermore, it is of interest and relevance to anyone who is interested in how mathematics is evolving in cultural spaces, new and old.

Studies in Mathematics in the Arts and Humanities is published in cooperation with The Fields Institute for Research in Mathematical Sciences.

Manuscripts should be at least 80,000 words in length (including footnotes and bibliography). Manuscripts may also include illustrations and other visual material. The editors welcome proposals for monographs written for academics and researchers in the field that are based on original scholarly research that makes a notable contribution to the subject. The series editors will also consider proposals for edited volumes that demonstrate strong thematic coherence and continuity among the contributions. 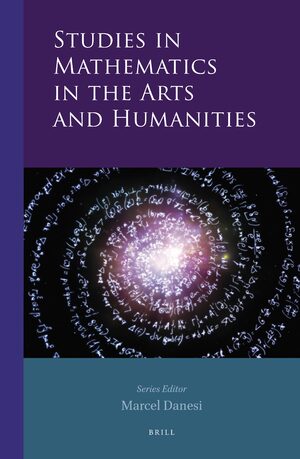