Monographs on Greek and Latin Language and Literature

Editorial Board / Council Member: Kathleen Coleman, Casper de Jonge, Anna Heller, and Tobias Reinhardt
Editor-in-Chief: Christoph Pieper
Mnemosyne Supplements has existed as a book series for about 60 years, providing a forum for the publication of now almost 400 scholarly works on all aspects of the Ancient World, including inscriptions, papyri, language, the history of material culture and mentality, the history of peoples and institutions, but also latterly the classical tradition, for example, neo-Latin literature and the history of Classical scholarship.

A number of volumes of the Mnemosyne Supplements series are published within the subseries History and Archaeology of Classical Antiquity and Late Antique Literature.

The series published an average of 11,5 volumes per year over the last 5 years. 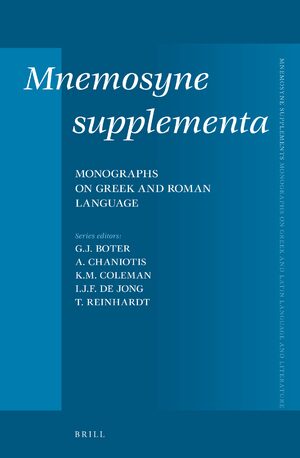