The volumes published in the Max Planck Studies in Global Legal History of the Iberian Worlds deal with legal-historical research on areas that interacted with the Iberian empires during the early modern and modern periods in Europe, the Americas, Asia and Africa. The focus of this series is global in the sense that it does not just limit itself to imperial spaces as such, but also looks at the globalisation of norms within the spaces that were in contact with these imperial formations. The global dimension is, moreover, underscored by the attention paid to the coexistence of a variety of normativities and their cultural translations at different times and in different places. The volumes thus decentre traditional research perspectives and are open to exploring various modes of normativity.

All of the monographs, edited volumes and text editions in the series are peer reviewed and published in print and online. Brill’s Open Access books are distributed free of charge in Brill’s E-Book Collections and can be found via DOAB, OAPEN and JSTOR. 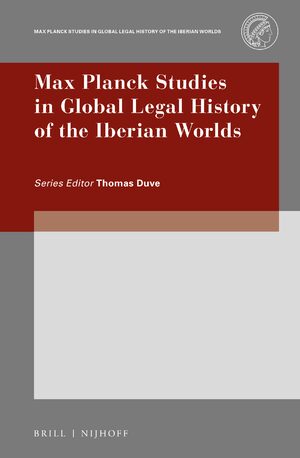