Editors: Shaul Shaked and Siam Bhayro
This series will bring together new publications which will include editions of unpublished magic texts in Jewish Aramaic, Mandaic and Syriac, with translations, commentaries and plates, from Mesopotamia and the Mediterranean region, as well as monographic studies of central topics in the fields of magic and religion in late antiquity and their repercussions in later epochs.

The series published an average of one volume per year since 2013. 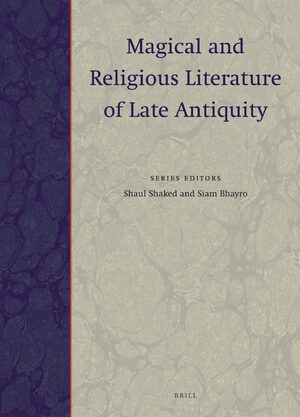