Editors: Surekha Davies and Asa Simon Mittman
This innovative series seeks monographs and essay collections that investigate how notions of space, geography, and mapping shaped medieval and early modern cultures. While the history of cartography has traditionally focused on internal developments in European mapping conventions and technologies, pre-modern scribes, illuminators, and printers of maps tended to work in multiple genres. Spatial thinking informed and was informed by multiple epistemologies and perceptions of the order of nature. Maps, Spaces, Cultures therefore integrates the study of cartography and geography within cultural history. It puts genres that reflected and constituted spatial thinking into dialogue with the cultures that produced and consumed them, as well as with those they represented.

The editors welcome submissions from scholars of the histories of art, material culture, colonialism, exploration, ethnography (including that of peoples described as monsters), encounters, literature, philosophy, religion, science and knowledge, as well as of the history of cartography and related disciplines. They encourage interdisciplinary submissions that cross traditional historical, geographical, or methodological boundaries, that include works from outside Western Europe and outside the Christian tradition, and that develop new analytical approaches to pre-modern spatial thinking, cartography, and the geographical imagination. 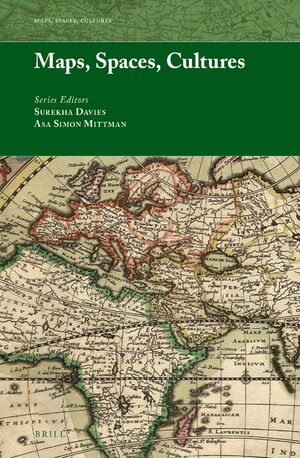