Authors are cordially invited to submit proposals and/or full manuscripts by email to the publisher Stefan Einarson.
For information on how to submit a book proposal, please consult the Brill Author Guide. 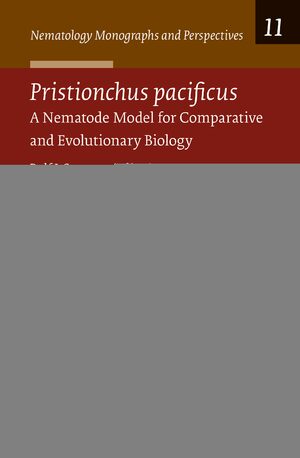 Contact sales
David J. Hunt, Ph.D. (1975) in Nematology, University of Reading, was, until his retirement in 2010, a nematode biosystematist at CABI Europe-UK, a post he held for over 30 years. He has published extensively on the taxonomy of plant-parasitic and arthropod-parasitic nematodes, describing over 100 new species and 17 new genera and is now an Emeritus Fellow at CABI. Since 2002 he has been Editor-in-Chief of the journal Nematology and the related Nematology Monographs and Perspectives book series.

Roland N. Perry is based at University of Hertfordshire, UK and is a Visiting Professor at Ghent University, Belgium. He graduated with a BSc (Hons) and PhD in Zoology from Newcastle University, UK. His research interests have centred primarily on plant-parasitic nematodes, especially focusing on nematode hatching, sensory perception, behaviour and survival physiology. He is co-editor of four books and author or co-author of over 40 book chapters and refereed reviews and over 110 refereed research papers. He is Editor-in-Chief of Nematology and Chief Editor of the Russian Journal of Nematology. He co-edits the book series Nematology Monographs and Perspectives.