New Perspectives on the Cold War

The overall aim of this book series is to offer new perspectives on the East-West conflict by building on recent and current historiographical developments in Cold War history. The series moves beyond traditional narratives by investigating the impact of both medium and lesser powers on the evolution of the Cold War. In addition to state actors, potential authors are also encouraged to focus on international organisations and non-state actors, such as national liberation movements, non-governmental organisations, and civil society groups. The geographical scope of the series is global and extends to all continents to cover also hitherto neglected (sub-)regions, notably in the so-called Third World. Methodologically, submissions should preferably be based on multi-archival historical research, and can draw on other related disciplines, such as (but not limited to) international relations and anthropology. While the editors privilege single-authored research monographs, they also welcome proposals for multi-authored volumes.

Authors are cordially invited to submit proposals and/or full manuscripts to the series editors Jussi M. Hanhimäki and Marco Wyss, or the publisher at BRILL, Wendel Scholma. 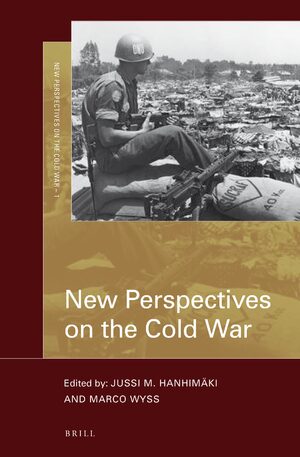