Editors: Eldon Jay Epp and Bart D. Ehrman
New Testament Tools, Studies, and Documents (NTTSD) combines two series, New Testament Tools and Studies (NTTS) and Studies and Documents (SD). The former was founded by Bruce M. Metzger in 1965 and edited by him until 1993, when Bart D. Ehrman joined him as co-editor. The latter series was founded by Kirsopp and Silva Lake in 1935, edited by them until the death of Kirsopp Lake in 1946, then briefly by Silva Lake and Carsten Høeg (1955), followed by Jacob Geerlings (until 1969), by Irving Alan Sparks (until 1993), and finally by Eldon Jay Epp (until 2007).

The new series will promote the publication of primary sources, reference tools, and critical studies that advance the understanding of the New Testament and other early Christian writings and writers into the fourth century. Emphases of the two predecessor series have been retained, including the textual history and transmission of the New Testament and related literature, relevant manuscripts in various languages, and methodologies for research in early Christianity. The series will also publish a broader range of studies pertinent to early Christianity and its writings. 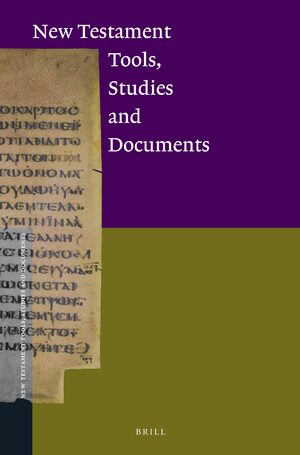