Editors: Richard King, Steven Engler, Kocku von Stuckrad, and Gerard Wiegers
The Numen Book Series Online is the electronic version of the Numen Book Series which publishes scholarly monographs and edited volumes on the historical, comparative, and cross-cultural study of religions throughout the world, from antiquity to the present. The series publishes both methodologically contextualized historical research and theoretical and methodological contributions to the study of religion.

A number of volumes of the Numen Book Series are published within the subseries Texts and Sources in the History of Religions. 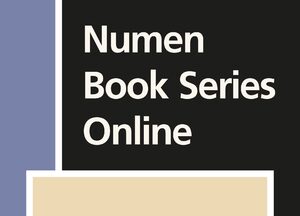