The Ottoman Empire and its Heritage

Editors: Suraiya Faroqhi, Bogaç A. Ergene, and Halil Inalcik †
On the crossroads of the continents and encompassing a time span of six centuries the Ottoman Empire directly involves the histories of the Byzantine Empire and the Balkan states, the Middle East and Islam from Iran to North Africa. Some fundamental developments in European history can be better explained when the profound political and economic impact of this Empire is duly taken into account. In the West, not only the rise of the national monarchies and of the Protestantism, but also that of capitalism and the development of certain industries cannot be fully expounded upon without the Ottomans. Giving rise to the so-called Eastern Question in its decline, the Ottoman period deeply influenced European history in modern times.
The Ottoman Empire and Its Heritage: Politics, Society and Economy is a forum for studies of the Ottoman Empire and its relations with the rest of the world. It publishes broad surveys of the Ottoman world, diachronic studies of particular areas of cities, research into individual themes or issues, heavily annotated translations of sources, and thematic collections of articles. It has a cross-disciplinary character and will interest medieval historians across the field: Social and economic historians, historians of medieval Europe, of the Near East, church historians, and historians of science, as well as numismatists, Turcologists, and Balkanists. 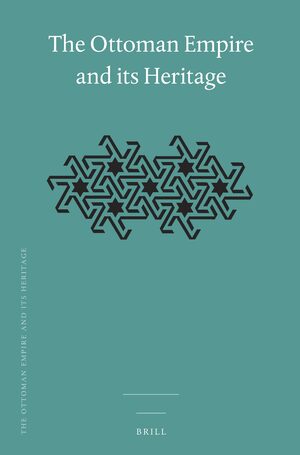