Editors: Vincent Lemire and Angelos Dalachanis
The Open Jerusalem Book Series at Brill will be dedicated to discovering, revealing and connecting different archives and sources in order to investigate the ordinary, entangled history of a global city through the lens of the concept of urban citizenship ( citadinité). Citadinité is for a city what nationality is for a country and materializes itself in institutions, actors and practices. The project provides a bottom–up history of Jerusalem, a perspective that has been neglected by historians of the city, who have been generally preoccupied with ideological and geostrategic issues. This history is also a connected one because, within a complex documentary archipelago, the researchers seek points of contact revealing the exchanges, interactions, conflicts and, at times, hybridizations between different populations and traditions. The Series will go even beyond the chronological limits of the project. Its ambition is to cover Jerusalem’s history during the entire 19th and 20th centuries. The Series will publish important original monographs and translated texts, which will be the outcome of extensive research at the different archives of Jerusalem. These works will not be published only in the traditional print form but also in Open Access, in full or in part, in order to comply with the ERC guidelines for dissemination of research results.

Vincent Lemire is Associate Professor at Gustave Eiffel University and Director at the French Research Centre in Jerusalem and Angelos Dalachanis is Researcher at the French National Center for Scientific Research (CNRS), Institute of Early Modern and Modern History (IHMC-UMR8066). 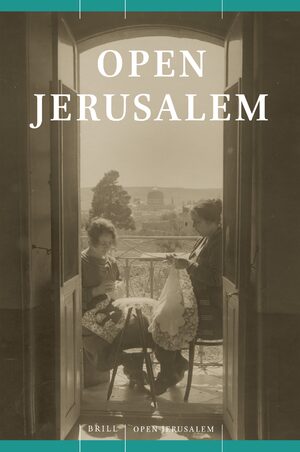