Editors: Wolfgang Schenkel, Antonio Loprieno, and Joachim Friedrich Quack
The civilization of Ancient Egypt is among the first in the world and among the most impressive of its time. A marked preoccupation with the afterlife, relative geographical isolation, an extremely fertile soil, and high demands made on the people to manage the annual floods of the Nile combined to create an amazingly rich and varied culture with a strong identity of its own that existed uninterrupted for three thousand years. The Probleme der Ägyptologie series, founded in 1953 by Hermann Kees, is focused on the religion, literature, politics, language, and social and economic history of Ancient Egypt, including pharaonic, Ptolemaic, and Roman time periods. The series includes monographs on substantial subjects, thematic collections of articles, and handbooks. 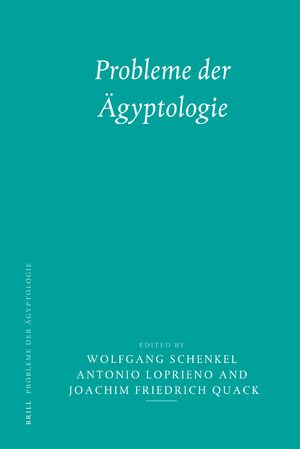