Religions in the Graeco-Roman World

Editors: David Frankfurter, Johannes Hahn, Frits Naerebout, and Miguel John Versluys
Formerly Études Préliminaires aux Religions Orientales dans l'Empire Romain (EPRO), the series Religions in the Graeco-Roman World is a forum for studies in the social and cultural function of religions in the Greek and the Roman world, dealing with the religions of city and region between ca. 400 bce and 700 ce, both on their own terms and in their interaction with early Christianity, Judaism, and Islam. Special attention is given to the religious history of regions and cities which illustrate the practical workings of these processes. 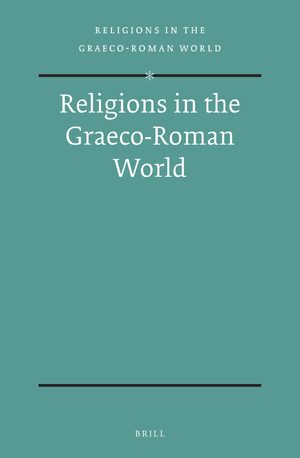