Herausgeber:in: Roberta D'Alessandro
Romance languages have come to play a central role within general linguistics over the last years. Many minor varieties have attracted the interest of scholars, and this has led to the proliferation of articles and books on Romance. While the understanding of various phenomena in the Romance languages has seen many advances, the documentation side has slowed down significantly. Minor Romance languages are less and less documented, both because of a lack of funds and because they are steadily being replaced by standard languages. Those linguists that still dedicate time and effort towards documenting and describing non-standard Romance varieties are often unable to find a venue to publish their work.
A series on the grammars of Romance languages has been long a desideratum among the linguistic community. The Romance subseries of Brill's series Grammars and Sketches of the World’s Languages finally offers a proper venue for such valuable studies, which will appeal to Romance scholars and students working on Romance, as well as linguists keen to discover information about the numerous Romance varieties that are spoken todays in Europe and the Americas.
The series features books on synchronic and diachronic grammars, the phonology, morphology, and syntax of one or more Romance languages. While these grammars can be theoretically informed, this series does not feature specific theoretical analyses of language phenomena, but aims to be accessible to a broad audience. Theoretical tools are thus welcome, but do not constitute the main aim of the series.

This is a peer-reviewed series; the editor will work with authors to ensure high standards. For information on book proposals and publishing with Brill, please see the Resources for Authors pages. 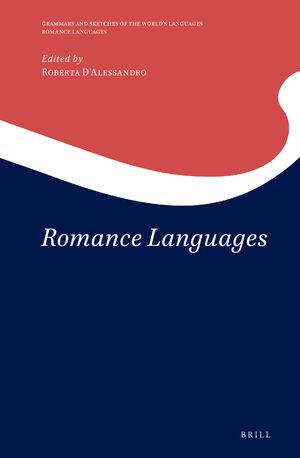