Series Editor: David Fasenfest
Modern capitalism began the 21st century seemingly victorious as the dominant social and economic organizing principle in the world. Rampant re- and de-regulation accompanied a wholesale attack on social, economic and political gains of the prior century under the guise of increasing competitiveness and the need to respond to the forces of globalization. The end of the cold war, the decline of the former Soviet Union, and the increasing foothold of capitalism in China all point to an unchallenged reorientation of the global political economy to reflect this ascendance of capitalist social relations. The peer-reviewed Studies in Critical Social Sciences book series, through the publication of original manuscripts and edited volumes, offers insights into the current reality by exploring the content and consequence of power relationships under capitalism, by considering the spaces of opposition and resistance to these changes, and by articulating capitalism with other systems of power and domination - for example race, gender, culture - that have been defining our new age.

Authors are cordially invited to submit proposals and/or full manuscripts to either the series editor David Fasenfest or the publisher Jason Prevost. Please direct all other correspondence to Associate Editor Debbie de Wit.

Studies in Critical Social Sciences includes the subseries Critical Global Studies and New Scholarship in Political Economy. The series and subseries have independent editorial teams that work closely together. For the volumes published in the subseries, please visit its webpage.

Click here for an overview of forthcoming and available titles in the series (Excel). 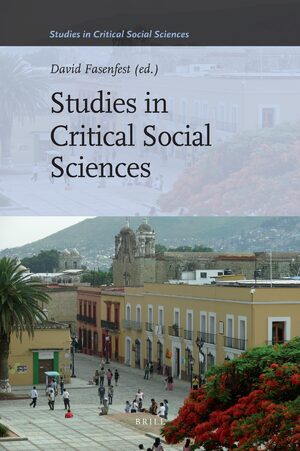