Editors: Mark Luccarelli and Steven Hartman
During the past decade, human communities worldwide have witnessed a succession of troubling developments that have intensified an already dire collective sense of global environmental crisis often brought on most poignantly in local or regional tragedies such as the BP oil spill in the Gulf of Mexico, the 2010 Pakistan floods, or the Ajka alumina sludge spill in western Hungary. If we accept writer Wendell Berry’s suggestion that the agricultural crisis, one of many perceived faces of ecological decline in the late 20th century, is basically a “crisis of culture,” then what have our experts on culture(s) to say about this situation?

Studies in Environmental Humanities is a series which brings to the forefront the value of the arts and humanities in the formulation of environmental policy. In a spirit of interdisciplinary/multidisciplinary engagement, the series sheds light on the perspectives of literary scholars, historians, human geographers, architects, spatial planners, cultural studies theorists and art historians regarding the environmental turn in contemporary human consciousness.

At its core, the series ponders how writers, artists and other public intellectuals of the humanistic domain can contribute to a better understanding of the state of the planet. To answer this, the series welcomes studies that advance knowledge across a broad disciplinary spectrum both within and beyond the humanities and which engage vital and timely environmental questions.

The series is published in association with the Nordic Network for Interdisciplinary Environmental Studies (NIES) but welcomes proposals from scholars who are no members.

Authors are cordially invited to submit proposals to the publisher at BRILL, Christa Stevens. 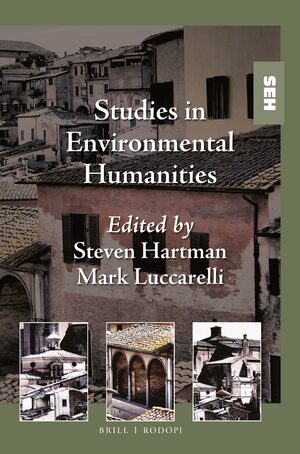