As a practice in which human beings were held captive for an indefinite period of time, coerced into extremely dependent and exploitative power relationships, denied rights (including rights over their labor, lives, and bodies), often vulnerable to forced relocation by various means, and forced to labor against their will, slavery in one form or another predates written records and has existed in innumerable societies. This exciting series provides a venue for scholarly work—research monographs and edited volumes—that advances our understanding of the history of slavery and post-slavery in any period and any geographical region. It fills an important gap in academic publishing and builds upon two relatively recent developments in historical scholarship. First, it provides a world-class outlet for the increased scholarly interest shown in slavery studies in recent years, not only for those working on modern Atlantic societies but also other regions and time periods throughout world history. Second, this series intersects slavery studies with a growing interest in global history among researchers, including global migrations and interactions, warfare, trade routes, and economic expansion. Studies in Global Slavery welcomes submissions that deal with themes such as the development of slave societies and societies with slaves; human trafficking and forced migration; slavery and globalization; slave culture and cultural transfer; political, economic, and ideological causes and effects of slavery; resistance; abolition and emancipation; and memories/legacies of slavery.

Monographs by specialists in the field are especially sought, but multi-authored edited volumes containing academic articles by slavery scholars will also be considered. Manuscripts should be written in English and be at least 80,000 words in length (including footnotes and bibliography). Manuscripts may also include illustrations, tables, maps, and other visual material. 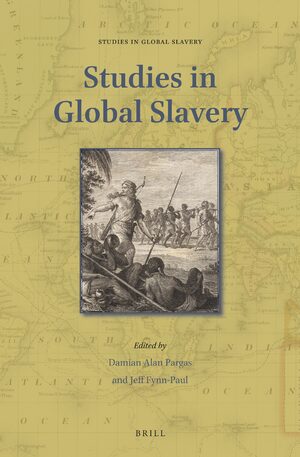