Language, Writing and Literary Culture in the Sinographic Cosmopolis

Series Editors: Ross King, David Lurie, and Marion Eggert
Edited by Ross King, University of British Columbia, David Lurie, Columbia University and Marion Eggert, Ruhr-Universität Bochum
The series will be of interest to anybody interested in questions of cosmopolitan and vernacular in the Sinographic Cosmopolis—specifically, with respect to questions of language, writing and literary culture, embracing both beginnings (the origins of and early sources for writing in the sinographic sphere) and endings (the disintegration of the Sinographic Cosmopolis in places like Korea, Japan and Vietnam, and the advent of linguistic modernity throughout all of the old Sinitic sphere. In addition, the series will feature comparative research on interactions and synergies in language, writing and literary culture in the Sinographic Cosmopolis over nearly two millennia, as well as studies of the 'sinographic hangover' in modern East Asia-critical and comparative assessments of the social and cultural history of language and writing and linguistic thought in modern and premodern East Asia. 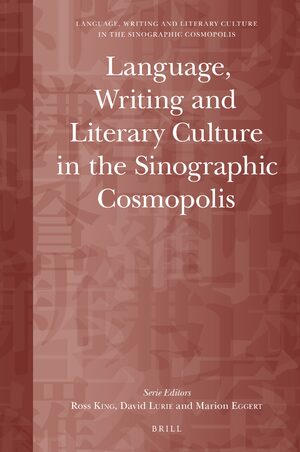 The series will be of interest to anybody interested in languages, writing and literary culture of modern and premodern East Asia.