Editors: Barend ter Haar and Maghiel van Crevel
China, the third largest country in the world and comprising one quarter of the world's population, is the oldest continuous civilisation surviving to the present day. Its political and economic influence, reaching well beyond Asia, has over the past decades grown at an astonishing pace, something which makes a thorough understanding of its history and mentality into one of the essential aims of contemporary scholarship.
Brill's renowned book series Sinica Leidensia, founded in 1931 and edited by an international board of sinologists, has over the decades steadily and reliably furthered knowledge on traditional, and therewith contemporary China. It deals with the full scope of China's rich history; political, social and economic, but also with China's religion, philosophy, science, literature, languages, technology et cetera. Chronologically the series covers the period from earliest historical times to the present day.
The series features monographs on substantial subjects, coherent collections of articles, text editions, and translations. Text editions are as a rule accompanied by a translation on facing pages; translations are fully annotated; the introductions to both text editions and translations include full evaluations of the text concerned. All volumes are in English. 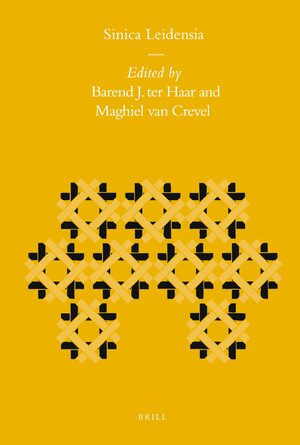