Series Editor: Kevin Ingram
Converso and Morisco are the terms applied to those Jews and Muslims who converted to Christianity in large numbers and usually under duress in late Medieval Spain. Converso and Morisco Studies, a peer reviewed book series, will examine the implications of these mass conversions, for the converts themselves, for their heirs (also referred to as Conversos and Moriscos) and for medieval and modern Spanish culture. In examining the Conversos’ and Moriscos’ engagement with Christianity and the dominant, Old-Christian culture, the series will also reflect upon the broader issues of identity, community violence, religious intolerance, everyday resistance, and otherness in an early-modern environment. 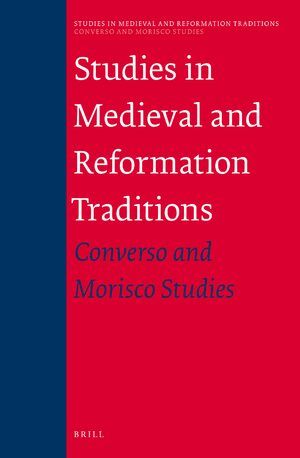 Contact sales
Kevin Ingram, Ph.D. (2006) in History, University of California, San Diego, is Assistant Professor of Modern History at Saint Louis University, Madrid Campus.
An academic and informed non academic readership interested in Early Modern socio-cultural history, the history and literature of Spain and Portugal and the history of the Jews and Muslims in Spain and beyond.