Supplements to Method & Theory in the Study of Religion 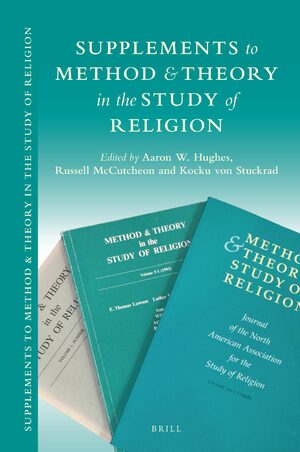 Contact sales
Aaron W. Hughes, Ph.D. (1968), is the Phillip S. Benrstein Chair in the Department of Religion and Classics at the Univeristy of Rochester. He is the Editor-in-Chief of MTSR and has published widely in Jewish Studies, Islamic Studies, and Theory and Method.

Russell T. McCutcheon is professor at the Department of Religious Studies of the University of Alabama. His areas of interest include the history of scholarship on myths and rituals, the history of the publicly-funded academic study of religion as practiced in the U.S., secularism, as well as the relations between the classification "religion" itself and the rise of the nation-state.

Kocku von Stuckrad is professor of religious studies at the University of Groningen. In his work he focuses particularly on esoteric discourses in Western culture, astrology, shamanism, and on topics related to religion, nature, and science.