The Social Sciences of Practice

Series Editor: Philip C.C. Huang
The social sciences in China and the U.S. have come to be rather heavily dominated by abstract theorizing divorced from practical realities. What this series proposes to emphasize instead is actual economic and legal, and historical and social practices, and the theoretical logics evidenced therein. The theoretical works included in the series proceed not from theory to practice, but rather from practice to theory; the empirical studies included are ones of important theoretical implications. 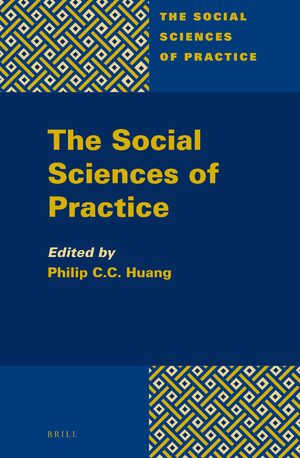 Contact sales
Philip C. C. Huang taught at UCLA from 1966 to 2004, advancing to "Professor, Above-Scale" in 1991, and has taught at the Renmin University of China, in the Law School and the School of Agricultural Economics and Rural Development, since 2005. His major publications are his trilogy on rural China: The Peasant Economy and Social Change in North China, 1985 (awarded the Fairbank prize of the American Historical Association); The Peasant Family and Rural Development in the Yangzi Delta, 1350-1988, 1990 (awarded the Levenson price of the Association for Asian Studies); and Beyond the Lift-Right Divide: Searching for a Path of Rural Development in CHina from the History of Practice, in Chinese only, 2014; and his trilogy on Chinese civil justice: Civil Justice in China: Representation and Practice in the Qing, 1996; Code, Custom, and Legal Practice in China: The Qing and the Republic Compared, 2001; Chinese Civil Justice, Past and Present, 2010.