Studies on the Texts of the Desert of Judah Online

Since 1957 this series publishes monographs and collections of articles dealing primarily with the Dead Sea Scrolls, both the texts from Qumran and those from other locations in the Judaean Desert. The series contains scholarly translation and evaluation of Biblical texts from the papyri and manuscripts of Wadi Qumran and the Dead Sea Scrolls, and related bibliographic, linguistic, cultural and historical aspects of ancient Judaism and early Christianity. 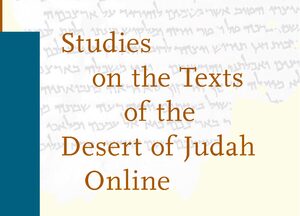