Editors: Charles Burnett and Sacha Stern
Time, Astronomy, and Calendars: Texts and Studies brings together the fields of astronomy, astrology, calendars, chronology, and time reckoning, from Antiquity to the early modern period. These closely interrelated fields transcended ethnic, linguistic, and religious boundaries, especially in the medieval and early modern periods. This explains the importance of a single series covering the works of pagan, Christian, Islamic, Jewish, and other authors, written in languages including Greek, Latin, Arabic, Hebrew, and others. This series will focus on the Near East, Mediterranean, and Europe, but will not exclude contributions on astronomy, the calendar, and related fields from other parts of the world within the same time period. 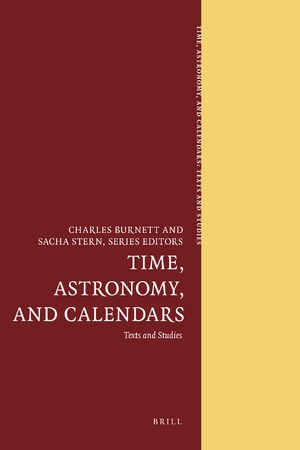