Publications are usually the result of a reworking of papers presented during a TBN-conference on a particular narrative, e.g. the Balaam story, or a specific theme, such as 'clean and unclean' in the Hebrew Bible, or 'the ru'ah adonai and anthropological models of humanity'.

Having treated the basic texts for this narrative or theme, other contributions follow its earliest interpretations and receptions throughout the subsequent phases of ancient Judaism, early Christianity, and Islam where appropriate. Studies which illuminate the successive inculturations into the various Umwelts - the Ancient Near East, the Graeco-Roman World - are also included. Extensions to modern Bible receptions and discussions of hermeneutical questions are welcomed, if they are related explicitly to the study of early receptions of Biblical texts and traditions.

Contributions to the series are written by specialists in the relevant literary corpora. The series is intended for scholars and advanced students of theology, linguistics and literature. 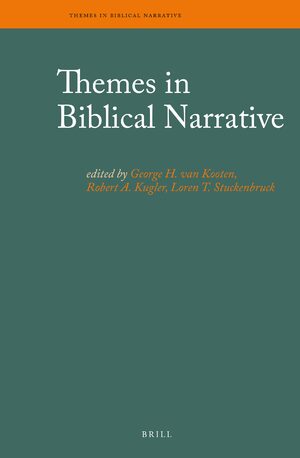