Technology and Change in History

Editors: Adam Lucas and Steven A. Walton
The role played by technology in transforming human societies has been a preoccupation of the modern period. Technology and Change in History is a peer-reviewed* series of monographs which surveys the development of technology from a variety of different historical perspectives. Each volume aims to present to scholars, graduate students and non-specialists alike the current state of knowledge in the field. Earlier volumes in the series have focused on the Ancient Near East and the Greco-Roman World, as well as the medieval and early modern periods. Over the coming years, the time period and geographical coverage of the series will be extended to encompass the prehistoric and modern periods, as well as Asia, Africa, the Americas and Oceania.

Authors are cordially invited to submit proposals and/or full manuscripts by email to the publisher Stefan Einarson or to one of the series editors: Adam Lucas (University of Wollongong) or Steven A. Walton (Michigan Technological University). 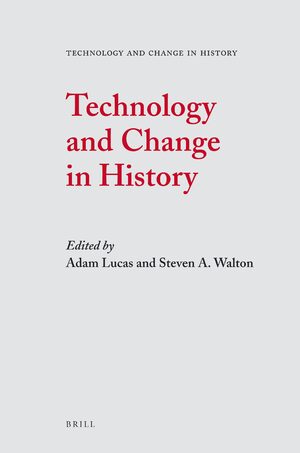 Contact sales
Adam Lucas, MScSoc, MA (Hons), Ph.D. (2003) in History and Philosophy of Science, University of New South Wales, is a lecturer in the Science and Technology Studies Program at the University of Wollongong. His published research encompasses the sociology of science and technology and the history of technology. His current research focuses on technological developments in the Middle Ages and energy policy responses to anthropogenic climate change and the peaking of world oil, coal and gas production.

Steven A. Walton, M.S. (1992) Mechanical Engineering, CalTech and M.A. (1994) and Ph.D. (1999), History and Philosophy of Science and Technology, Toronto, teaches history and industrial archaeology at Michigan Technological University. He is principally interested in the intersection of technology, its users, and the technical knowledge that they claim about it. Much of his work, though chronologically diverse, centers on military topics from fortification to artillery and the use of scientific instrumentation in war.