Editors: R.M.A.L. Hoefte and Henk Schulte Nordholt
Initiated in 1938, the ‘Verhandelingen’, or ‘VKI’, is the longest running series of monographs and edited volumes on the humanities and social sciences of Southeast Asia and especially Indonesia. So far, over 300 volumes have been published by internationally renowned scholars. The series’ publications include classics in their field as well as cutting-edge modern scholarship. Informed by theoretical debates the volumes have a strong empirical orientation, thus providing the series with a lasting relevance. Today, the editors focus on history and politics, archeology, anthropology and urban studies, media and popular culture, as well as literature and linguistics. Two sub-series, viz., Power and Place and Southeast Asia Mediated, respectively concentrating on local politics, and media and popular culture, foreground the series’ mission of exploring new topics and themes.

The first 100 volumes are available free of charge under a CC-BY-NC license here. The titles are clustered as VKI E-Book Collection, Vols. 1-100. 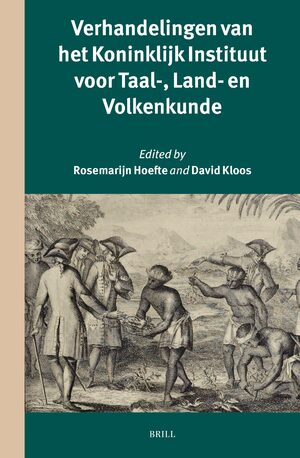 Contact sales
Rosemarijn Hoefte is a historian specialized in the Caribbean. She is Professor in the history of Suriname after 1873 in comparative perspective at the University of Amsterdam. Her main research interests are the history of postabolition Suriname, migration and unfree labor, and contemporary Caribbean history. Her current projects are ‘Departing from Java’, ‘Empire and Transnationalism’, and a study of Surinamese social activist and politician Grace Schneiders-Howard.

Henk Schulte Nordholt (1953) is Head of Research at KITLV and KITLV professor of Indonesian History at Leiden University. His main fields of research include Southeast Asian history, contemporary politics in Indonesia, political violence, and the anthropology of colonialism. He has a special interest in Balinese studies. He is also secretary of the European Association of Southeast Asian Studies (EuroSEAS).