Editors: Véronique Plesch and Catriona MacLeod
Word & Image Interactions is a series consisting of thematic collections of articles as well as outstanding monographs, in English and French, dealing with a wide variety of areas, problems, and applications within the broad field of word and image studies. Featured in the series are works which explore the experimental interactions between the pictoral and the verbal, the efficacy of texts and images, the construction of the imaginary within words and images, and more.

The series has been set up in collaboration with the International Association of Word and Image Studies (IAWIS/AIERTI) in order to foster the study of Word and Image relations in a general cultural context and especially in the arts in the broadest sense.

The first Word & Image Interactions publications came out as volumes 12, 22, 48 and 50 in the series TextxeT: Studies in Comparative Literature 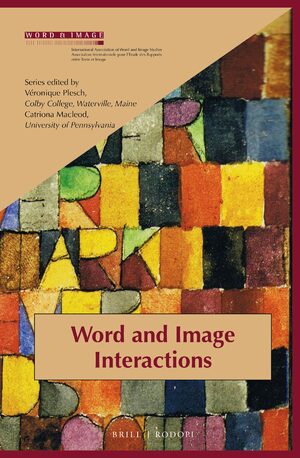