Editor: Suzan van Dijk
Women Writers in History focuses on women authors as a category and in particular on the role they were allowed to play in their respective countries, and beyond national borders in the whole of Europe. We expect lots of new data to be discovered that shed new light on this, provided we take as a starting point the contemporary reception of these women’s writings.
Thanks to important efforts in text digitizing, for instance of the early periodical press and of private correspondences, many of those reception data are becoming available. These data start to be used in order to understand the place female authors should be given in European literary history. The series Women Writers in History – created and coordinated by members of the NEWW Network – provides a platform for the outcome of this kind of research.

The NEWW Network
The NEWW network (New approaches to European Women’s Writing, created 2005) includes researchers studying female authorship in all European countries up to the early 20th century (from Sappho to Virginia Woolf). Together, this international group of scholars:
• organizes annual conferences,
• has developed an online tool ( http://resources.huygens.knaw.nl/womenwriters), which allows stocking, sharing and analyzing historical reception data,
• and carries out large-scale research in order to “rewrite literary history”, in particular, as far as women’s place in it is concerned.

Publications
The series will publish outcomes of collaborative NEWW research, and the Editorial Board invites researchers who would, up to now, not be members of this group to submit proposals for volumes and monographs to be included in the series. Research outcomes to be published here would typically not concern individual authors, but would realize large-scale research taking as a starting point, preferably, empirical data concerning the reception side of literary communication. Research would focus on the communication which had been taking place between these female authors and their (contemporary) readers at home and abroad, and provide insight in the position taken by these women.

Origin
The series Women Writers in History is the result of the “COST Action” entitled “Women Writers In History”. During four years (2009-2013) COST (European Cooperation in Science and Technology) as a European funding body, contributed to the further expansion and development of the NEWW network.

Since 2017 the NEWW network formed a working group: "Women writers in history" within the DARIAH-EU international network for digital humanities, see https://www.dariah.eu/activities/working-groups/women-writers-in-history/. 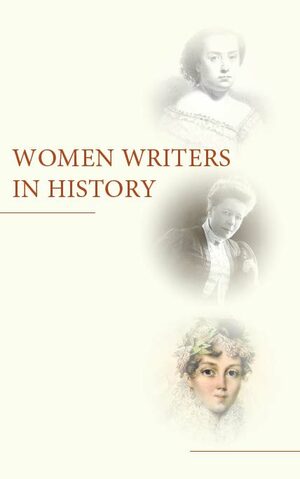