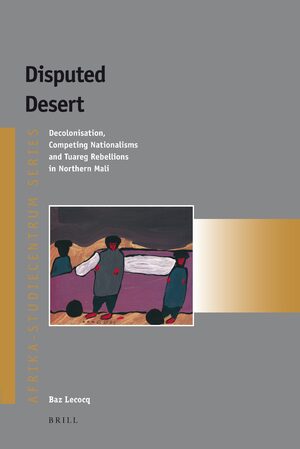 AutorIn: Baz Lecocq
This book deals with the relation between the Malian state and the Tuareg people in the late 20th century, which has been characterized by three violent uprisings against Malian authority by Tuareg nationalists: between 1963 and 1964, between 1990 and 1996, and again between 2006 and 2009. In presenting a detailed history of this conflict between an African state and a people inhabiting it involuntarily, a number of social and political tensions are brought to the fore which haunt all of the Sahel today: the heritage of slavery, local and European concepts of race and the racialisation of social and political relations, colonial rule, the inchoate process of decolonisation, and the presence of competing nationalist forces in one postcolonial state.
E-Book

€ 49,00$ 62,00
​
In den Warenkorb
Baz Lecocq, Ph.D. (2002) in Social Science, University of Amsterdam, lectures African History at Ghent University. He is specialised in the history and contemporary politics of the Sahel and Sahara.
Contents