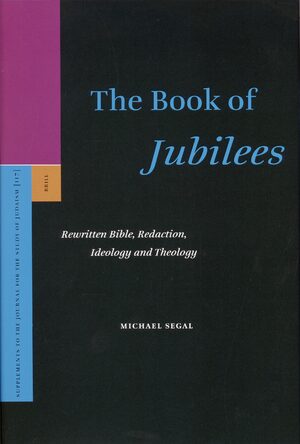 The Book of Jubilees

Author: Michael Segal
Almost all scholars have viewed the book of Jubilees as the work of a single author, applying to the book methods of analysis determined primarily by its literary genre, Rewritten Bible. This study suggests a new approach, in light of numerous contradictions between the rewritten stories on the one hand, and the juxtaposed legal passages and chronological framework on the other. It is suggested here that the editor of Jubilees adopted extant reworked sources, and added his own legal and chronological framework. This proposed literary-critical method is highly significant for the study of the book’s worldview, as is demonstrated by the analysis of passages in Jubilees that relate to the origins of evil and of law in the world.

All those interested in Hebrew Bible, Judaism in Antiquity (Second Temple and Rabbinic), Early Christianity, Dead Sea Scrolls, Apocrypha and Pseudepigrapha, and the history of biblical interpretation.