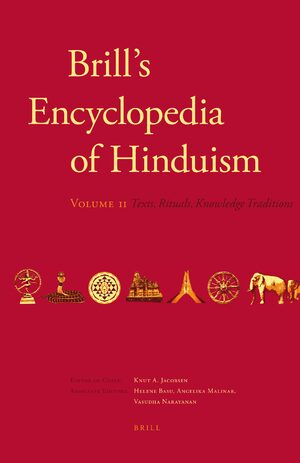 Editor-in-Chief: Knut A. Jacobsen
Associate Editors: Helene Basu, Angelika Malinar, and Vasudha Narayanan
Knut A. Jacobsen (Editor-in-Chief), University of Bergen, and Helene Basu, University of Münster, Angelika Malinar, University of Zürich, Vasudha Narayanan, University of Florida (Associate Editors)
Volume II of Brill’s Encyclopedia of Hinduism builds upon the first volume by examining the sacred languages of Hinduism and its major religious texts, literary genres, and scholarly traditions as well as the vernaculars. It further explores the ritual traditions, including domestic rituals, mantras, and intoxication. In addition, performance and the arts such as martial arts, dance, and film feature prominently. The last section extensively investigates the meaning, connotations, and use of some forty leading concepts like karman, the self, renunciation, asceticism, meditation, and liberation. Sacred Texts, Ritual Traditions, Arts, Concepts is the second of ultimately five volumes, which will include an index in the final volume.

€264.00$371.00
Hardback
Add to Cart
Get Permissions
"... this is a magnificent work of real scholarship. (...) Our congratulations should go to Brill for continuing to publish books like this (...). Major scholarly reference libraries, and all academic libraries catering for work in oriental studies, anthropology, comparative religion or comparative philosophy, should seriously consider this for acquisition." – Martin Guha, in: Reference Reviews 25/4 (2011)
"it is not an empty claim in the Preface that 'the depth and breadth of information provided are unmatched by any reference work on Hinduism' (...) On the whole, the editors and the competent project team at Brill have coped admirably with the challenges, preparing an impressive list of entries, enlisting a competent team of (as many as 155) accomplished scholars, applying a uniform style to the encyclopedia, achieving consistency in the use of diacritics and weaving the diverse contributions into a coherent whole." – Jan Filipský, Oriental Institute, Academy of Sciences of the Czech Republic, in: Oriental Archive 81 (2013)
All those interested in religions in South Asia, the history of Hindu tradition, as well as Indologists and historians of religions.

Brill's Encyclopedia of Hinduism. Volume One 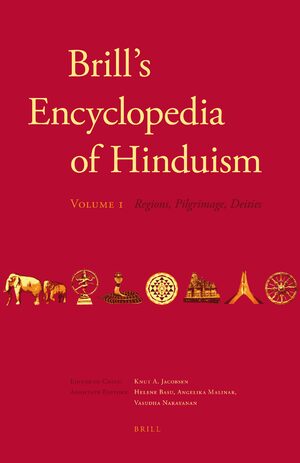 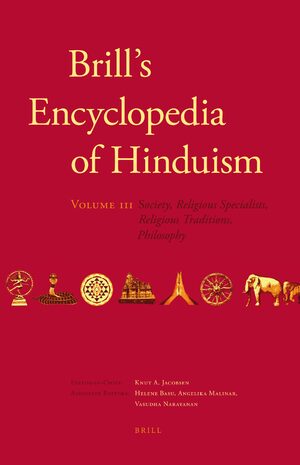 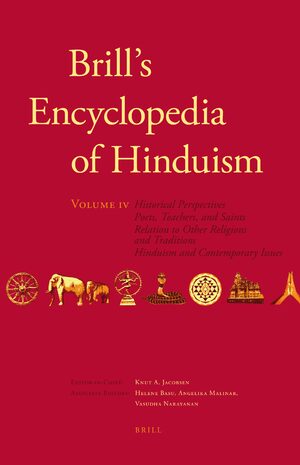