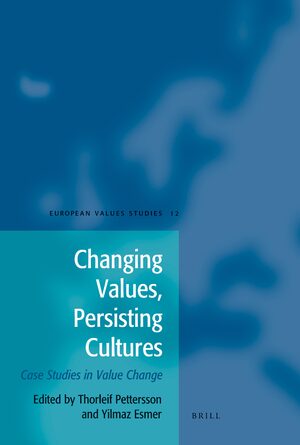 Authors: Thorleif Pettersson and Yilmaz Esmer
In 1981, the European and World Values surveys started the empirical investigation of cultural values on a global scale. This volume builds upon the findings of these surveys and analyzes value change in a number of key countries around the globe. The authors track value change and stability in their respective countries during the last decade (the last two decades where data are available) of the 20th century. All authors have been actively involved in value surveys and have a great deal of expertise in countries that they write on. Thus, the volume is a valuable complement to studies that deal with the topic from a global perspective without providing any detail about individual societies. The countries covered are: Argentina, Austria, Canada, Denmark, France, Germany, Mexico, the Netherlands, South Africa, South Korea, Spain, Sweden, Turkey and the United States.
E-Book (PDF)